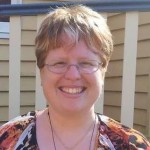 Revd. Keren Terpstra is our  Vicar.

Keren’s first vocation is as a composer, having completed an MMus with Anne Boyd at the University of Sydney in 2004. Her second vocation took her to Brisbane to train for ministry. After ordination in 2008, she spent her curacy at Trinity Anglican Church, Robina, and was Priest in Charge at All Saints’, Booval from 2009-2016. Transformation and hope are key themes for her in life and in preaching. Keren enjoys facilitating groups, teaching, and wrestling scripture with others. Keren shares her life with a feline companion, Gabrielle, is a passionate Trekkie, and likes to walk, go to the gym, swim, and cycle as much as she can. 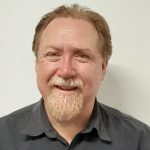 Revd. Christopher Garcia is our Curate.

Christopher was born in Adelaide and lived there until he was 20. He moved to Melbourne to study theatre and performing arts where he has worked in many productions.

Christopher has a wide range of ministry and church experiences. Brought up as a Roman Catholic but from his early teens felt a deep call to full time ministry.  In Melbourne Christopher connected with The Salvation Army. It was here he found a place to serve God and became a Salvation Army officer working in churches in New Norfolk, Tasmania, Pakenham and Brunswick, Vic. He also served as a chaplain in the court system, in  aged care  and as a regional youth minister across the north and west of metropolitan Melbourne.

Christopher’s journey to Anglicanism has seen him minister in the parishes of St Mary’s, Camberwell South, St Georges, Malvern and at Oakleigh Anglican Church. Christopher has come to St Margaret’s excited to join with the gathered people of God on our journey of faith. St Margaret’s 2020 vision of “Making the transforming love of Christ known to all. (Romans 15:13) (Ephesians 3:18)”is one that Christopher eagerly embraces. 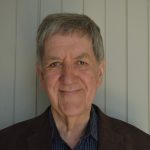 He resides in the parish and has been actively involved at St. Margaret’s for the past 15 years.